Contact Alex if you are interested in online instruction or potential small group intensive workshops this summer in central Virginia. 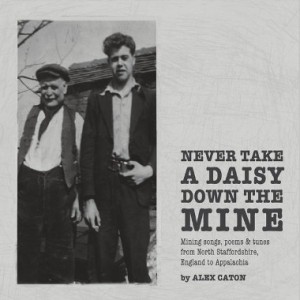 Alex made her home and spread her roots in Gordonsville, Virginia when she came to the University of Virginia to pursue a Doctorate in Anthropology. Her studies may have brought her to the Commonwealth, but it was the countryside and strong musical community that kept her here. Having lived, taught and performed in other centers for traditional music, including Upstate New York and Asheville, NC, Alex felt that the heartbeat of old time or Appalachian music (a direct descendent of Irish music which was an early passion of Alex’s) pulsed stronger in the foothills of Virginia than anywhere else. Within the first year of arriving in central Virginia, Alex was an integral member of the traditional music community and also an ambassador and liaison between the worlds of Irish and Old Time music.

A grandchild of master craftsmen, coal miners and strong women, and a daughter of adventurous parents, Alex was born in England and grew up living in the South of England, Scotland and America. Her family finally settled in the States when Alex was twelve. By then, Alex had been playing piano and violin for eight years, and music proved to be a constant in her life. At twenty, Alex was introduced to Appalachian old time and Irish fiddle music and felt like she had stumbled upon a secret. Since then she has dedicated her life to playing traditional music.

Alex studied Appalachian and Irish music the most traditional way possible. She has learned from some of the icons of the tradition including Ginny Hawker (famed mountain and gospel singer) and Tracy Swartz (fiddler, singer and band mate of Mike Seeger), but mainly she apprenticed the music by attending jam sessions, traveling to fiddle conventions and listening.

In addition to the fiddle, Alex has also studied clawhammer banjo, guitar and voice. She brought all these skills to numerous long-term bands, including The Ryegrass Rollers, Odd Legged Jenny and Las Gitanas. Today, Alex primarily performs solo or with Pat Egan and Dick Harrington. Her shows range from intimate house concerts to international traditional music festivals, such as Les Bordees de Cancale in Brittany. In 2009 she released her second solo album, the Sinners and the Saved (recorded at roots-rock legend Levon Helm’s studio in Woodstock, NY), which closely examined the links between Appalachian string band music, gospel and early country. She released another album in 2011 with guitarist and vocalist Pat Egan titled Fiddle Tunes and Ballads that showcased Alex’s intricate Irish fiddling. In 2013, Alex released her third solo album, Swimming to Lindsey, which highlights her deep understanding of Appalachian fiddle and banjo playing as well as her approach to songwriting within the genre.

Alex’s main passion has always been teaching, however, and she has had the pleasure of teaching traditional music since 1997. To Alex, playing traditional music is a way of life and provides an important link between generations. Since moving to Virginia she has privately taught over one hundred students (most of them for many consecutive years) as well as directly touched hundreds more through in-school demonstrations, workshops and summer camps. In 2005 Alex founded Mountain Road Fiddle Camp, which attracts scores of beginners and advanced players annually in West Virginia. In 2009, at only 34 years of age, Alex was nominated for a Virginia Heritage Award for her dedication to the preservation and continuation of traditional forms of music.
One of Alex’s proudest accomplishments is the creation and expansion of her and her husband’s homestead in Virginia. Nestled among the home, gardens, chicken coop and lake is a beautifully crafted music studio, which has become a center for traditional and folk music in rural Virginia. It continues to be a place where families, students and teachers gather to learn, dance, listen and participate in local culture.

Alex first put bow to hand at the age of five and continued her studies in violin through college. It was then and there in upstate New York when she discovered the lure of traditional fiddle music. Since then she has dedicated her life to passing on the tradition of Old Time and Irish music and has been teaching fiddle, voice, banjo, guitar and piano privately since 1997. To Alex, playing and singing traditional music is a way of life and provides an important link between generations. Students learn to respect the tradition, understand its history and find out how they can share it with others. With that focus, Alex founded and is director of the Mountain Road Fiddle Camp in Mingo, WV. She has also been involved with the Blue Ridge Irish Music School in Charlottesville, VA as a fiddle and vocal teacher for close to a decade. When Alex is not teaching or planning for fiddle camp, she is performing Irish and Old Time music across the country and globe as a solo artist or with her musical partners.

Lessons
Alex teaches fiddle, banjo and voice lessons  with an emphasis on Irish and Old-Time at her studio in Gordonsville.

Alex takes you on a musical journey through Ireland and Appalachia with driving fiddle tunes, haunting clawhammer banjo, down-home mountain songs and uplifting gospel numbers.  Performing traditional numbers, covers of Bluegrass and Folk legends, along with her own original songs lets Alex infuse her musical roots with the lonesome sounds from the hollers of Virginia for shows and CDs that are original, exciting and intensely personal.

You can listen to selected music using the player on the right or you can visit the store for samples from all of her current CD’s.